Tony is currently Senior Plastic Surgeon at the Royal Children’s Hospital and Clinical Professor, Department of Paediatrics at Melbourne University. He is qualified in both general surgery and plastic surgery and trained in Australia and at Harvard Medical School. He set up the Melbourne Craniofacial Unit in 1979 and remained Head of that unit until 2009. Tony was also the Director of the Department of Plastic and Maxillofacial Surgery from 1990 to 2003.

Tony has presented and published extensively both nationally and internationally and has received major awards from the RCH for outstanding service. Tony has trained over thirty Craniofacial Fellows, the majority of whom have gone on to become heads of departments, here and overseas. Tony is proud to have developed a leading world centre at the Royal Children’s Hospital in Melbourne.

In 1990, Tony set up the Children’s Craniofacial Foundation of Australasia, which is now the Jigsaw Foundation. 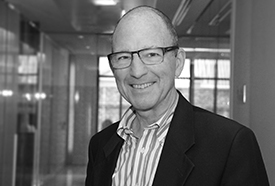