Tony Penington is the Jigsaw Foundation Chair of Paediatric Plastic and Maxillofacial Surgery at the Royal Children's Hospital in Melbourne. He is a Plastic and Resconstructive Surgeon who specialises in the treatment of vascular anomalies and other birthmarks.

Tony studied medicine and then trained in Plastic Surgery in Melbourne where he qualified in 1996. He then worked at Oxford in the U.K. before returning to Melbourne to take up appointments at St Vincent's Hospital and the Royal Children's Hospital Melbourne and as a senior lecturer at the University of Melbourne. From 1999 to 2012 Tony was the Deputy Director of the O'Brien Institute and from 2008 to 2012 he was the Head of Plastic and Maxillofacial Surgery at St Vincent's Hospital.

He was appointed as the inaugural Jigsaw Professor in 2012 which saw him move full time to the RCH, the Murdoch Children's Research Institute and the Department of Paediatrics at the University of Melbourne. Tony has a passionate interest in the use of surgery to improve the quality of life of children, particularly those who are affected by conditions which change their appearance. He leads the research programme in the Department of Plastic and Maxillofacial Surgery at the RCH which is seeking better treatments for such conditions in children. 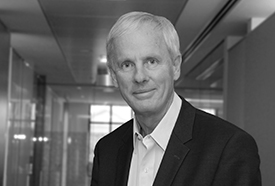