Kim is a fourteen year old girl from Vietnam.  She is one of triplets.  Kim was born with a large central herniation of her brain through her forehead, no recognisable nose and her eyes particularly far apart at the side of her head.

Intellectually, Kim was entirely normal and had no other physical problems.

Kim underwent major craniofacial surgery to repair the brain hernia, her skull, and to move her eye sockets together almost 10cm.  A new nose was reconstructed from her forehead.

Kim has continued to develop absolutely normally with her sisters and at the age of twelve she came out to Australia for further bone grafting to her nose.

Kim recently celebrated her fourteenth birthday and keeps in touch often with Dr Holmes.  It is anticipated that Kim will soon have a final aesthetic procedure to her nose which will virtually eliminate the last vestiges of her extreme birth defect. 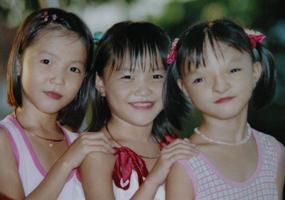 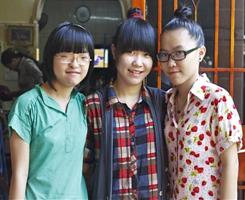