Ben has over 10 years experience working in Government in both Australia and the United Kingdom. In the UK, Ben was engaged in the House of Lords where he worked on a number of large public inquiries and commissions as a policy advisor. He also acted as a project manager at the UK General Medical Council and later as a Senior Adviser in the Victorian Government in the areas of gaming, racing, veterans affairs and not-for profits. Ben is currently a partner in SMC Strategies. 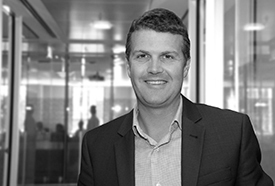